Jeff Forney has facilitated and supervised Long Beach events and programs for over two decades as the Vice President of Marketing, Membership, and Special Projects for the Long Beach Convention & Visitors Bureau (CVB). As an experienced professional with a demonstrated history of working in the hospitality industry, Forney’s role as a marketing leader and community liaison with the CVB – among many other capabilities – promotes strong business development, increased tourism, and community engagement. His role has given Long Beach nationwide exposure to travelers in search of a vacation or conference destination.

Forney started his time at the CVB in 2001 as the Membership Services Manager and worked his way up to Membership Director. In 2006, he moved over to marketing, followed by an expanded role to special projects. Today, he is the driving force for Long Beach marketing, membership and community engagement - creating strategic alliances within the region. It’s not an exaggeration to say that any number of sponsored Long Beach events has Forney’s fingerprints laced over it in some capacity.

Forney’s role in the Long Beach community goes beyond hospitality and service. He also serves as Chair of the Advisory Board at Robert D. Browning High School, a high school that has adopted a specialized curriculum for students who have an interest in culinary arts, restaurant or recreation, and hospitality. Its inaugural class began in 2017, graduating in June of 2021.

Born and raised in Redondo Beach, Forney attended California State University-Dominguez Hills, where he graduated with a bachelor’s degree in recreation administration and communications/public relations in 1993. He resides in Torrance, CA, with his wife, Jackie, and son, Matthew. 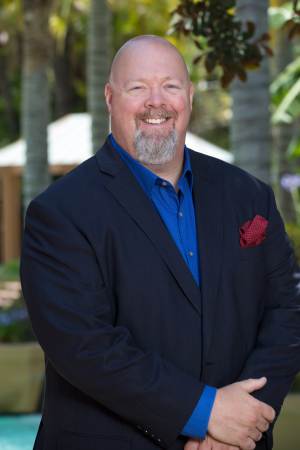